And the lies start to unravel.....


"I did some posing in Dealey Plaza in a shirt that had a very small, tight plaid pattern and not large boxes like on Lovelady's shirt." 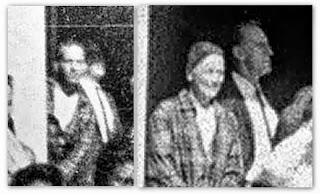 Ralph finally admits, after a year spent browbeating everybody about how he got everything right in Dealy Plaza and proved that "plaid looked plaid" that he chose a shirt that didn't even remotely resemble Lovelady's.
What he was actually meaning to say all this time was that you can still see the giant white square on the front of his shirt ( which looks like it would be visible from space let alone across the street ) from a fair distance away.

Thanks for clearing that up Ralph. We already knew, but thanks.

"Lance seems to think that these two match, and therefore, Doorman's pattern could represent plaid."

You were the one who claimed they matched, not me. But it's good to see that you've realised that Doorman's shirt has a pattern. We're finally making some progress.

"But remember the rule for plaid: it has to have horizontal and vertical lines crossing forming boxes. Mine does that, but it's on a very small scale- unlike Lovelady's. But even in this case you can see the lines and the boxes on me. Let's look at it up closer" 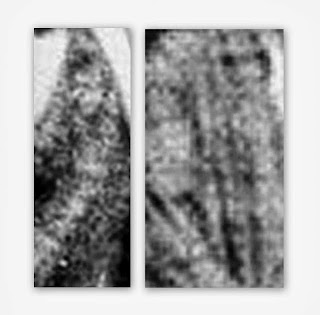 I contacted the World Plaid Commission and got this response -

Still, as Ralph acknowledges, we can agree that plaid comes in lots of different sizes. And, as I've shown, the very small area of Lovelady's shirt front visible in Altgens means that Lovelady's LARGE boxes ( thanks Ralph ) just aren't visible. We also agree that a plaid pattern is made up from horizontal and vertical lines, and as I've shown, those are clearly visible in Altgens 6.

"Do you see what I mean that there are lines and boxes that you can see? There is nothing comparable on Doorman."

Yep, we see what you mean but as you've already illustrated your boxes are very small and Lovelady's are much bigger. It's true, however, to say we can see lines in both.

"And there certainly is nothing whatsoever comparable to Lovelady."

"And to insult to injury, he wasn't even Lovelady."

But he was. The shirt is a lock match. And as you're always saying, that trumps any lip - flapping.