Ralph Cinque busts another of his own claims....UPDATED! plus FURTHER UPDATE! 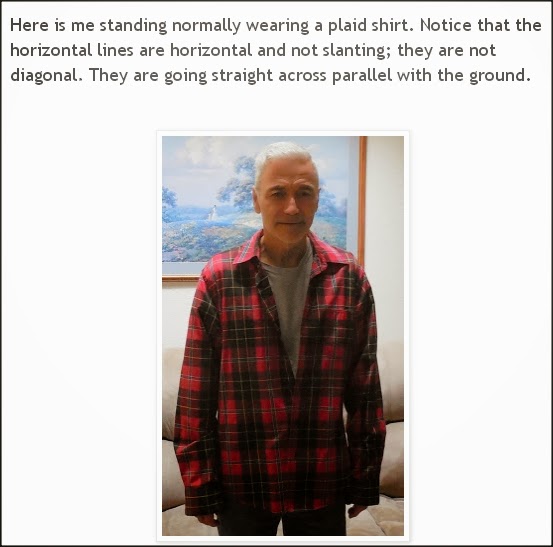 Er...ok Ralph, so what? And incidentaly, not meaning to be personal and all but you're looking like absolute crap these days. I'd see a doctor if I were you. A real one.... 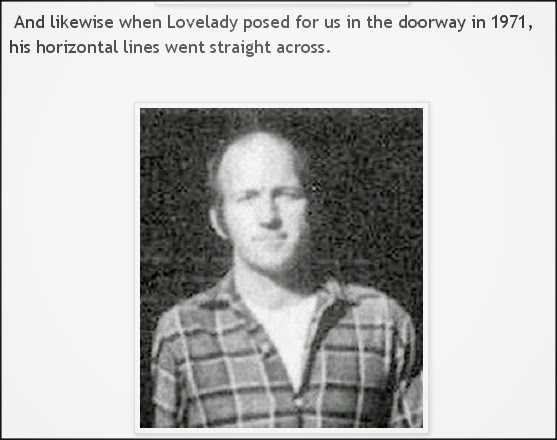 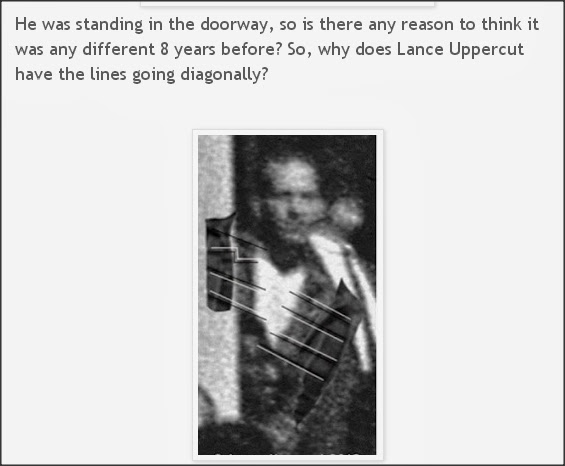 Seriously? Well Ralph, the thing is... 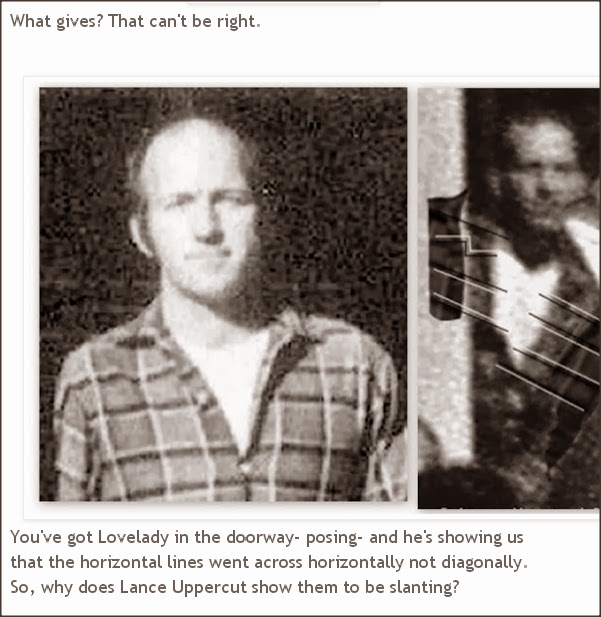 If you'll just let me finish Ralph, I'm trying to explain it to you... 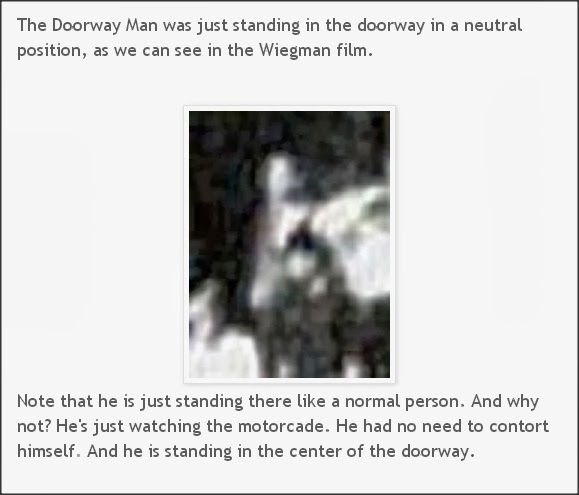 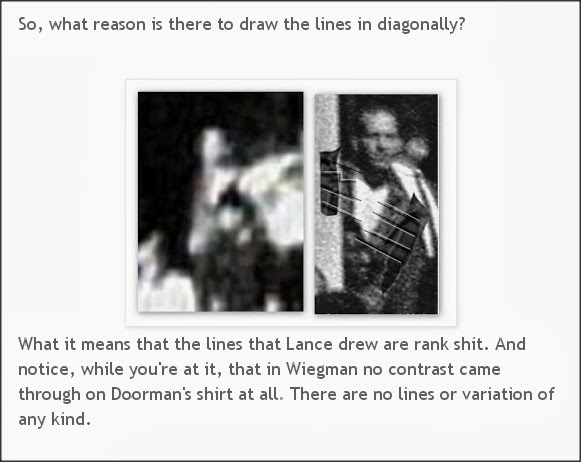 Ok Ralph, I'm going to have to stop you there. First of all let's just put paid to the lie that there are no visible lines on Doorman apart from some I've drawn in. Even by your very low standards this attempt to cloud the issue is pathetic. I've said already that I'm quite happy for you to use the animated gifs that I have on this blog, all you need to do is drop me an email asking for them. I know you have the address, surely you must remember sending me this just yesterday?

Although you do appear to be somewhat confused...I don't know anyone by the name of Duncan "Wee Cock Sparra" Macrae.

Anyway, if you don't want the gifs then just remember that to anybody following this exchange your selective use of frames from them only confirms your reputation as a desperate liar. Of course, if that's the image you're trying to project then please feel free to carry on....or you could use this one, which shows everything pretty nicely with nothing drawn in at all. 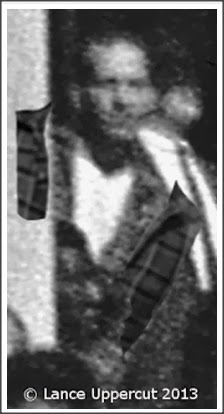 To get back to your original point, it is of course obvious that I've matched the shirt at the same angle as the visible lines in Altgens. And since the visible lines in Altgens are at an angle rather than horizontal the match serves as a great confirmation that Lovelady was leaning to his left when the photo was taken - which is exactly what sane and rational people have been saying all along. But thanks for pointing out that your assertion that he was actually standing upright is in fact total junk. 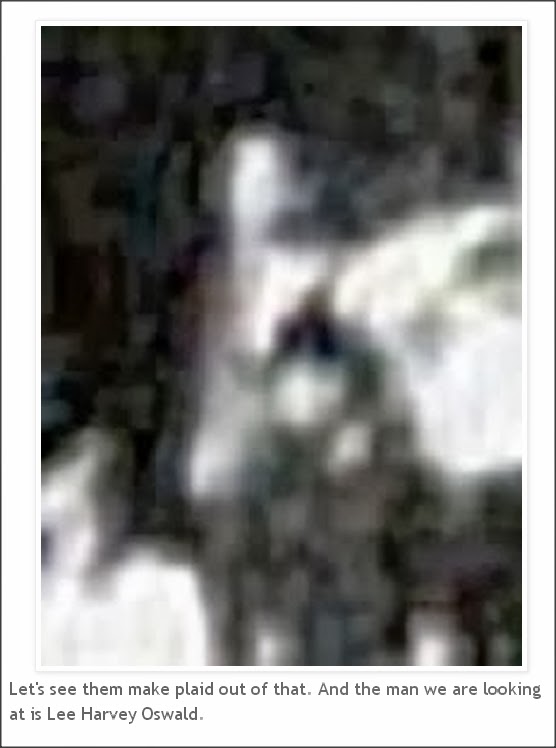 Well of course Ralph, nobody would claim to see a plaid pattern in that image, and it's a great pity that the Weigman doorway footage available to us is of poor quality ( although I think we could do a little better than the junk you like to use, but no matter ).
The whole point is that we don't need to see a plaid pattern here, and only a lunatic, or someone trying to promote a falsehood would suggest that we do. Ralph is well aware that no one would attempt to make an identification of anybody based solely on an image of such poor quality as this. The Weigman footage IS useful though in confirming the position of the doorway figures seen in Altgens simply because common sense tells us that in the few seconds between Altgens and Weigman no one has radically changed their positions. This is of course not the same thing as saying noboday has moved - but we know they haven't moved much.
Consequently we don't need the level of detail which shows Lovelady's patterned shirt to identify him in Weigman. We know it's him because he's standing in the same place. And if he's a little more upright than in Altgens ( and it's very hard to say that with confidence based on the above image ) then all that is proven is that he's straightened up a little. A small amount of time has passed...and people move.
The Weigman footage incidentally also busts two more of Ralph's claim's, the so-called "Black Tie Man" and the completely ludicrous "Obfuscated Man", but that's for another time.
The man we are looking at above is still Billy Lovelady. 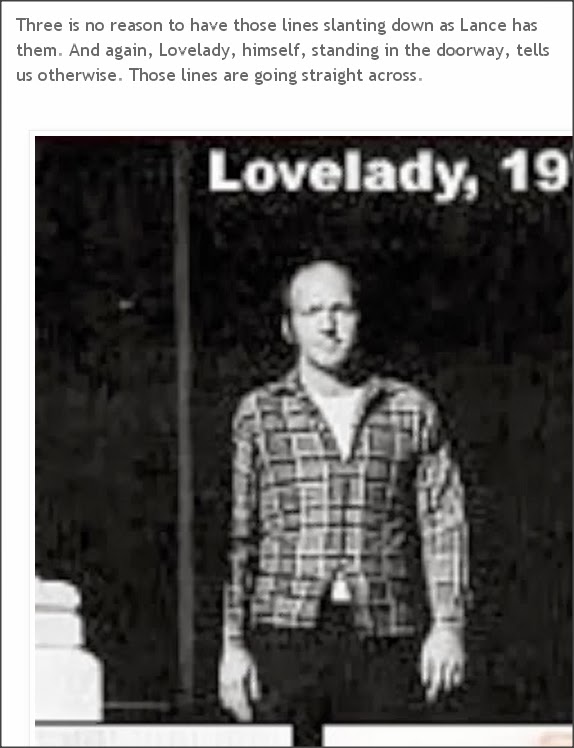 Of course, with Ralph you've got to say everything twice.
The above photo of Billy Lovelady proves that in 1971 he was photographed standing upright. In Altgens 6. the slanting pattern of the shirt confirms that Lovelady was leaning to his left. And that you're full of crap...again.


You know, the biggest frustration in dealing with Ralph Cinque isn't the debunking of his B.S. - that's the easy part. It's the fact that he's such a massive fucking liar.
Ralph's only gambit, having no answer to anything I've presented here is to lie through his teeth while gambling that the number of people checking these exchanges is small enough for him to get away with it. His reply to the above blog is a perfect example of this.
It occurrs to me that rather than take the time and effort involved in writing another rebuttal that he'll only lie about anyway, the best way to demonstrate what's actually going on here would be to reproduce his reply in full and let it speak for itself.

Ladies and Gentlemen, I give you the truly pathetic spectacle of the desperate, lying fool Ralph C.Cinque, twisting hopelessly in the wind.... 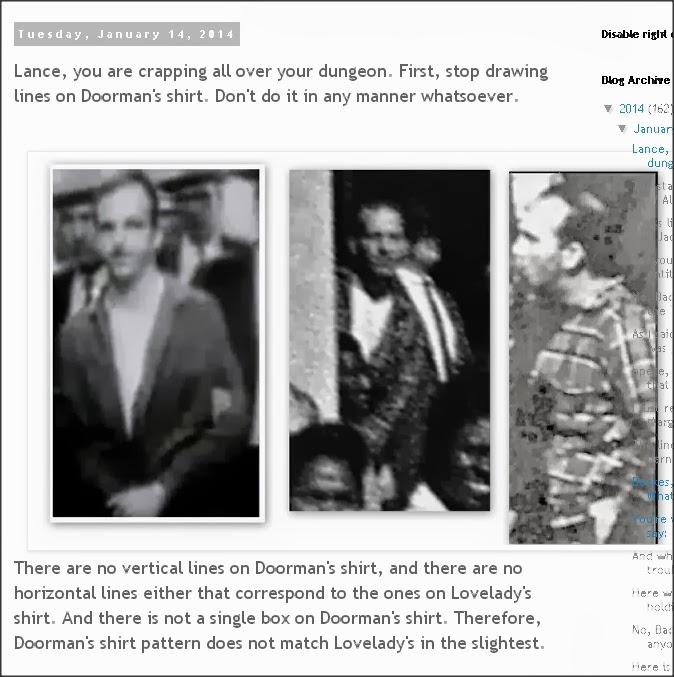 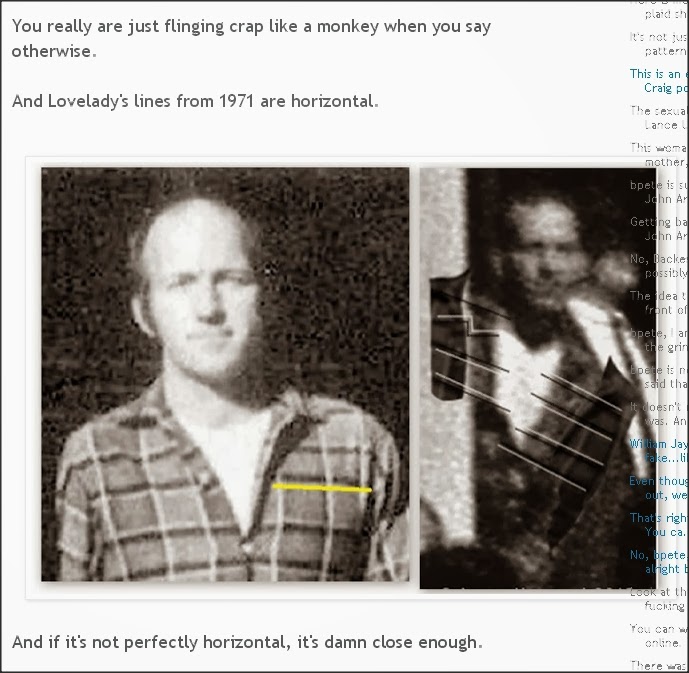 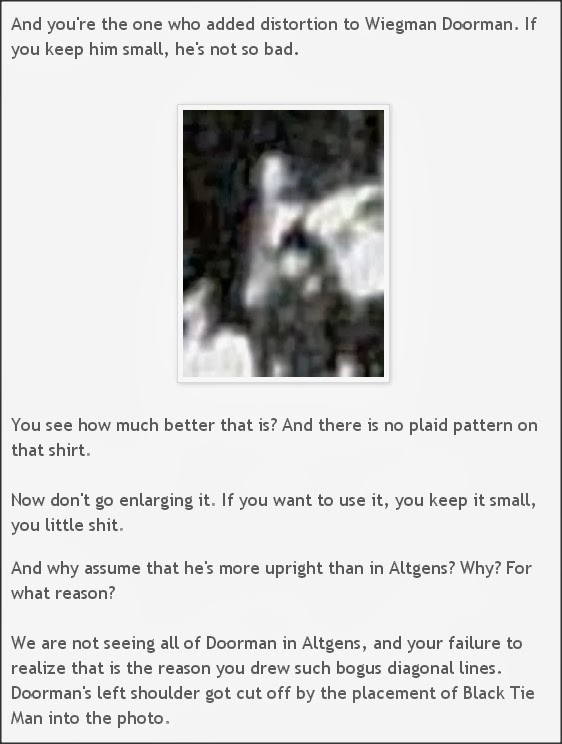 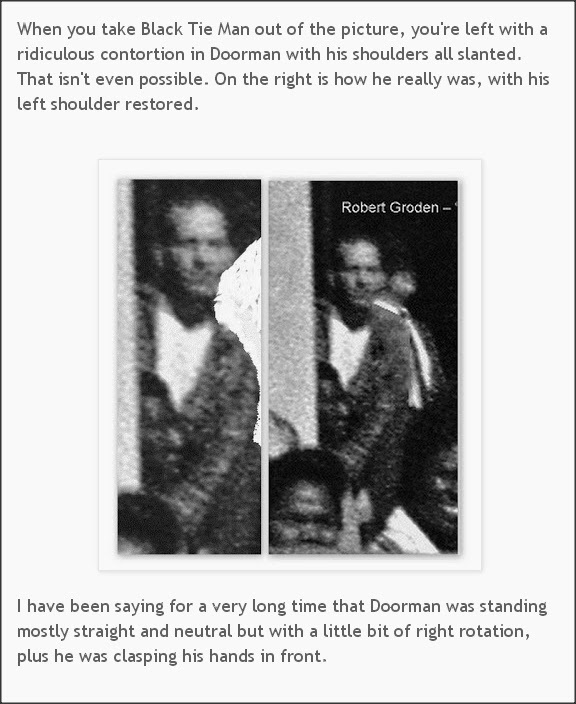 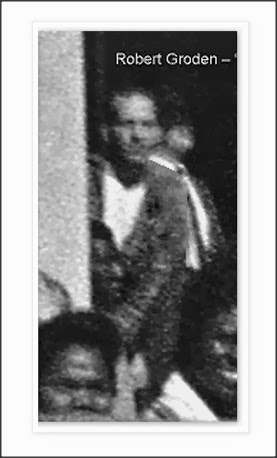 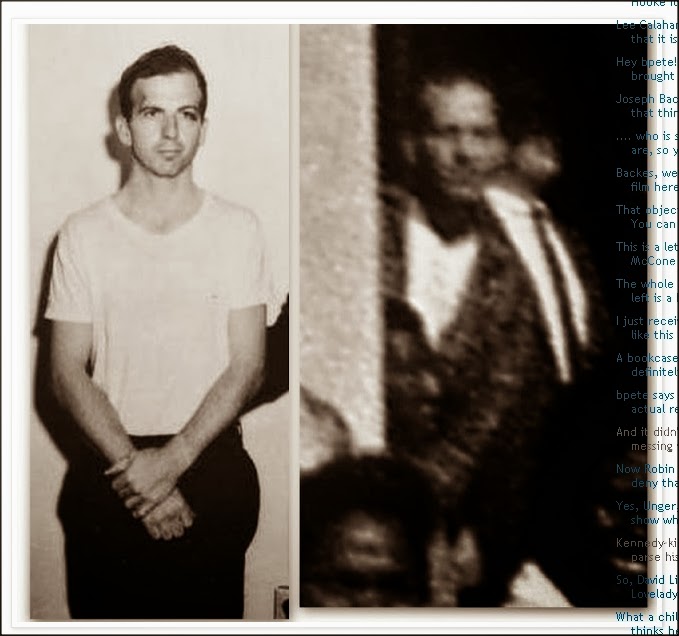 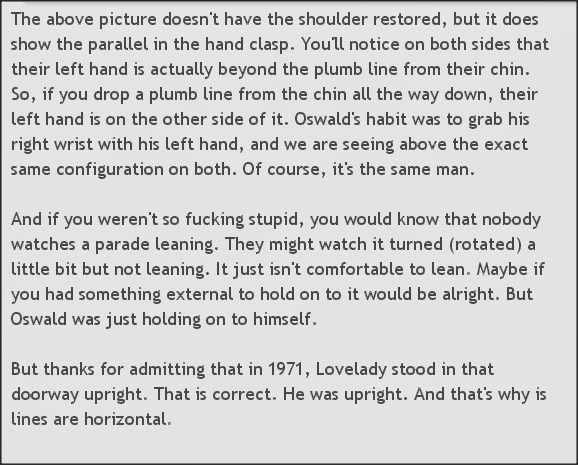 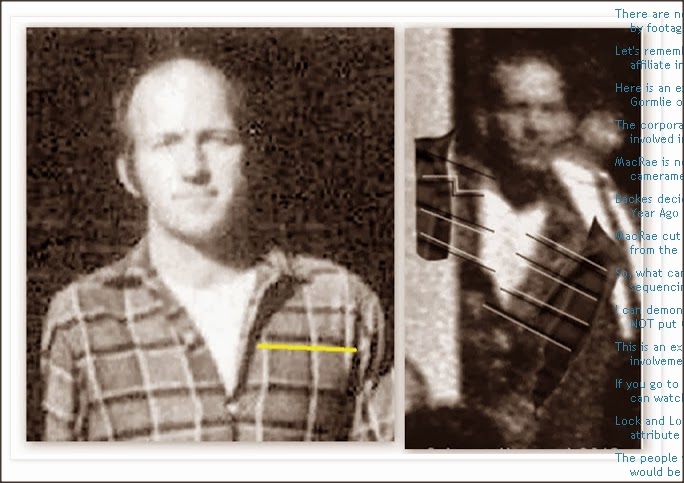 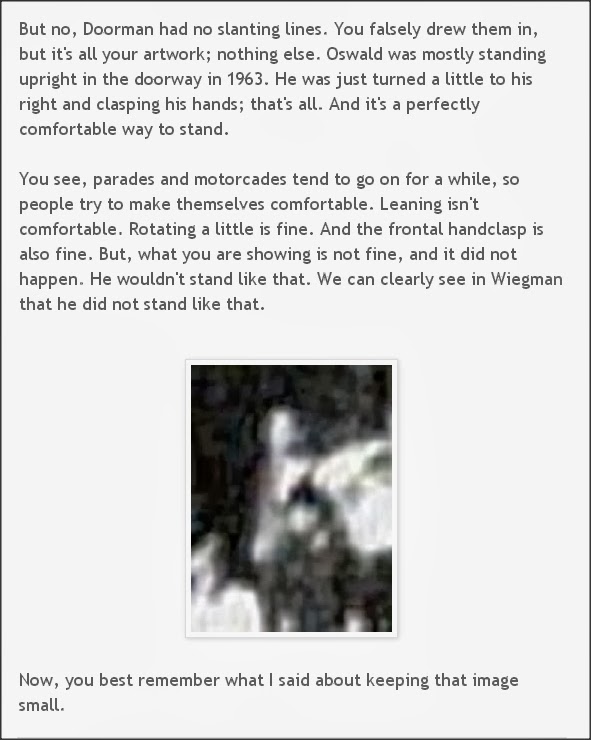 And the most striking thing in this collection of crap is the way that in every Doorman image that he uses the lines on the shirt stick out like a sore thumb.

The emperor truly has no clothes......

Further rambling, an amusing email and Ralph's most desperate attempt to deny the shirt pattern yet! 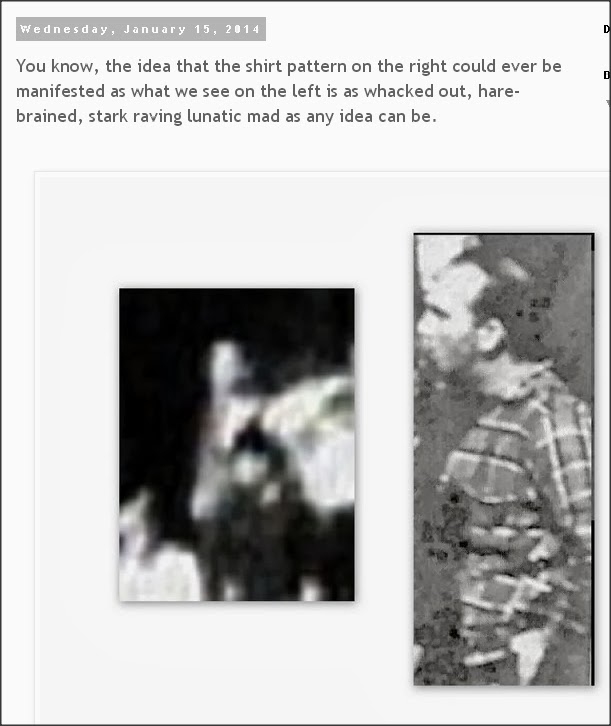 Ralph, when you have to resort to attempting that comparison it's truly time to give up. Please re - read the above blog....moron.