It's long been established in the wildly over - active imaginations of Ralph Cinque and Richard Hooke that George H.W. Bush was photographed in Dealy Plaza on the day of the assassination, even though he actually wasn't... 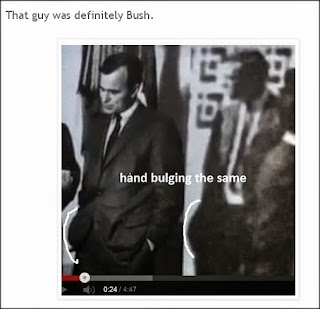 No he wasn't Ralph. But by all means, please continue... 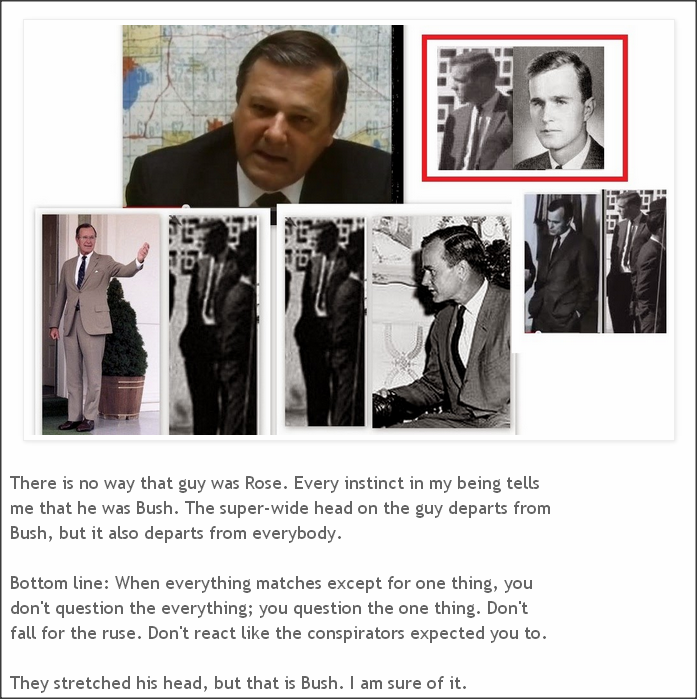 So there you have it - according to super - sleuth Ralph C. Cinque, not only was George H.W.Bush present in Dealy Plaza on the day of the assassination, but also when "they" realised he had been captured on film, after careful consideration of all the options open to them ( like maybe removing him from the photo, or making the photo disappear altogether ), "they" decided that the best course of action was to.....STRETCH HIS HEAD!

In reality of course "they" did no such thing."They" didn't have to do anything at all...because it's not Bush. 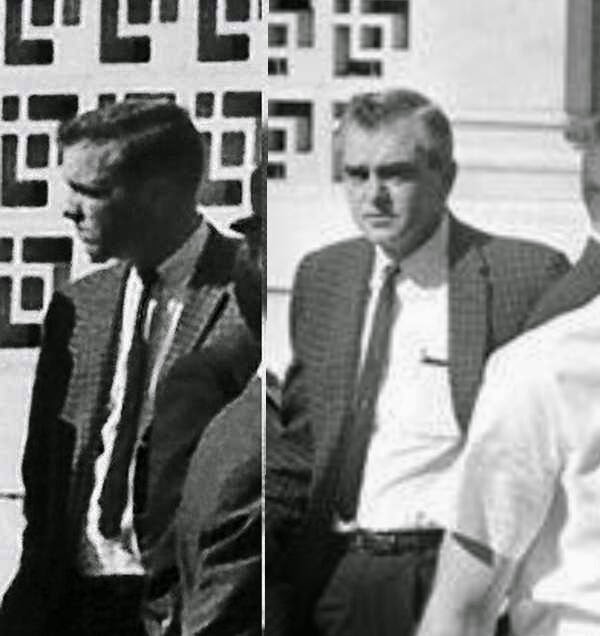 The image on the right is a crop of a photograph taken by William Allen, showing the disputed "Bush" figure turned more towards the camera. The full image can be seen here -
http://www.jfkassassinationgallery.com/displayimage.php?album=37&pos=54
The credit for finding this match goes to a gentleman by the name of Paul S.Vines, a member of the Facebook group  "JFK : Uncensored". Good work Paul!

Ralph of course would rather you didn't look at the above comparison, because that way he can keep right on bullshitting you to his heart's content.

So in waving goodbye to yet another piece of Oswald Innocence Campaign disinformation, we can conclude by paraphrasing Ralph Cinque's own words -

Bottom line : when Ralph Cinque tells you something, question every aspect of it. Don't fall for the ruse. Don't react like Ralph Cinque expects you to.

P.S. -  The always impressive Doug Campbell had some great observations about this issue in a recent Black Op Radio appearance, which can be found here -
http://blackopradio.com/archives2014.html

Doug tells it like it is. Well worth a listen.....