Ralph Cinque never wanted Judyth Baker as an O.I.C member - he has long been critical of her story and went as far as to say she would never be admitted as long as he had anything to do with it.

Ralph was overruled by O.I.C. chairman Jim Fetzer, a long - time Baker supporter. And it seems that behind the scenes Uncle Jim gave Ralph a stern warning that Judyth wasn't to be criticised. However, Ralph's spat with Judyth disciple Richard Hooke made it inevitable that Ralph and Judyth would clash, and now the gloves are off... 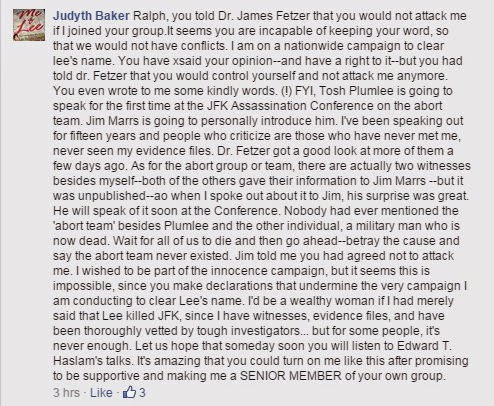 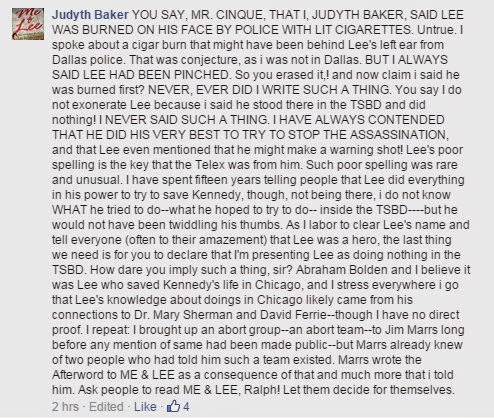 Actually Ralph, that's not a bad idea - you probably should consider asking people to read Judyth's epic "Me & Lee". Hell, you might even want to consider reading it yourself. I did, but then I've always been a sucker for romantic fiction.

More from Judyth and Richard Hooke... 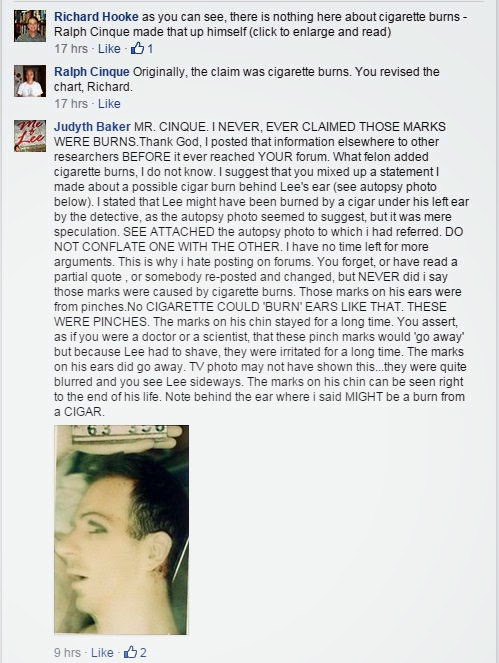 Ouch! "You assert, AS IF YOU WERE A DOCTOR OR A SCIENTIST...."! Now we of course know that Ralph is neither despite his claims to the contrary, but this is the first time he's been called on it by one of his own senior members.

So two senior members of the Oswald Innocence Campaign are openly calling founder Ralph Cinque a liar and plagiarist. I wonder if anyone else has something to say? 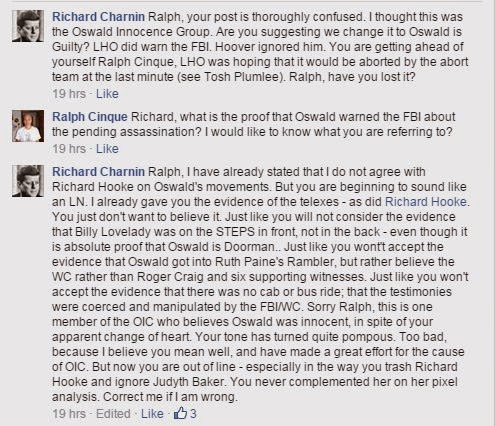 In continuing bad news for Ralph, Richard Charnin has him pegged as a Warren Commission supporter. And it's certainly true that in order to support Ralph's tissue of lies he's often forced to accept large swathes of WC findings that have long been questioned and found wanting by open minded researchers. ( I had to stop myself from using the phrase "MORE open minded researchers, which would have implied that I consider Ralph to be any kind of researcher at all - I don't. )

Ralph's dilemma is of course the logical consequence of assembling a group of individuals who are prepared to believe without question in any theory presented to them, no matter how wild and unsupported it may be. It's the ego - driven rantings of the lunatic fringe of JFK research that are so loved by the supporters of the official story, simply because they obscure rather than further the search for truth. Of course, that may be the very reason for their existence.

Ralph is finding, as have others before him, that the thing about Judyth Baker is....she likes to be the centre of attention. Can there be room in the Oswald Innocence Campaign for yet another massive narcissist? Time will tell.....

To make things worse Ralph is of course keenly aware that Judyth Baker has never placed Oswald in the doorway, despite his weak protestations that she has endorsed the idea in signing the OIC membership statement. As far as Judyth is concerned Ralph, much like Neville Chamberlain, merely holds in his hand a piece of paper.

And we know how that turned out.

The Neville Chamberlain analogy proves to be quite apt, because now it's all - out war between Cinque and Baker - 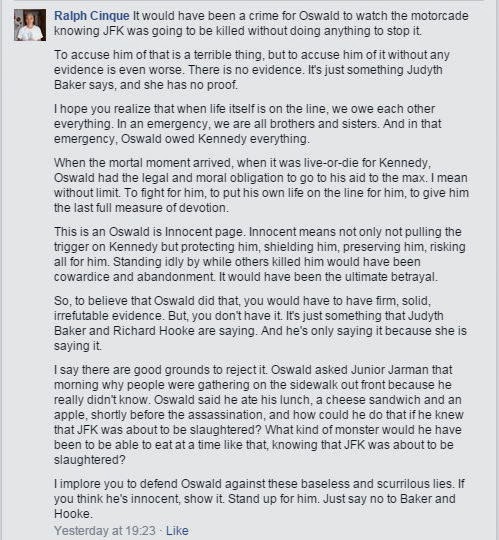 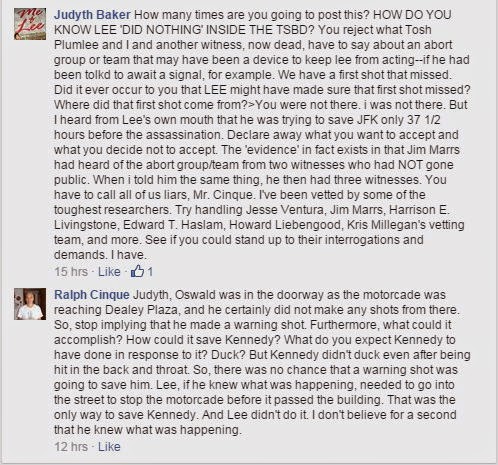 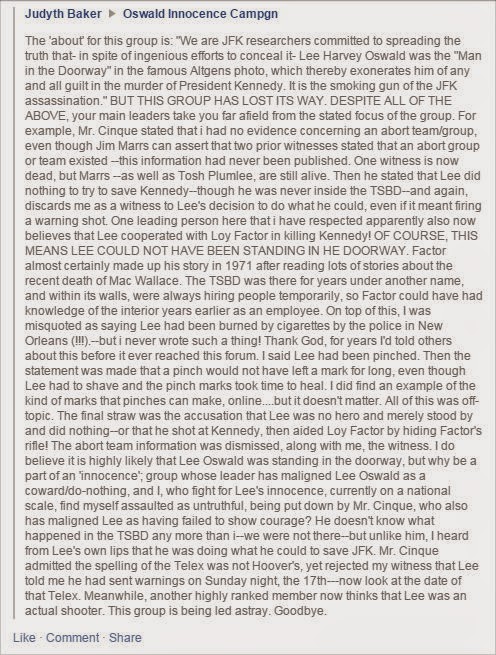 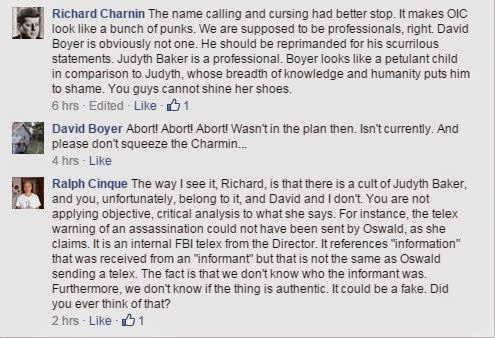 Hey Ralph? You see that thing Charnin said about the shoes? He's talking about YOU...

At this point Ralph, whose position in the OIC would you say was the most untenable?